“Saluting Heroes For Their Sacrifice” 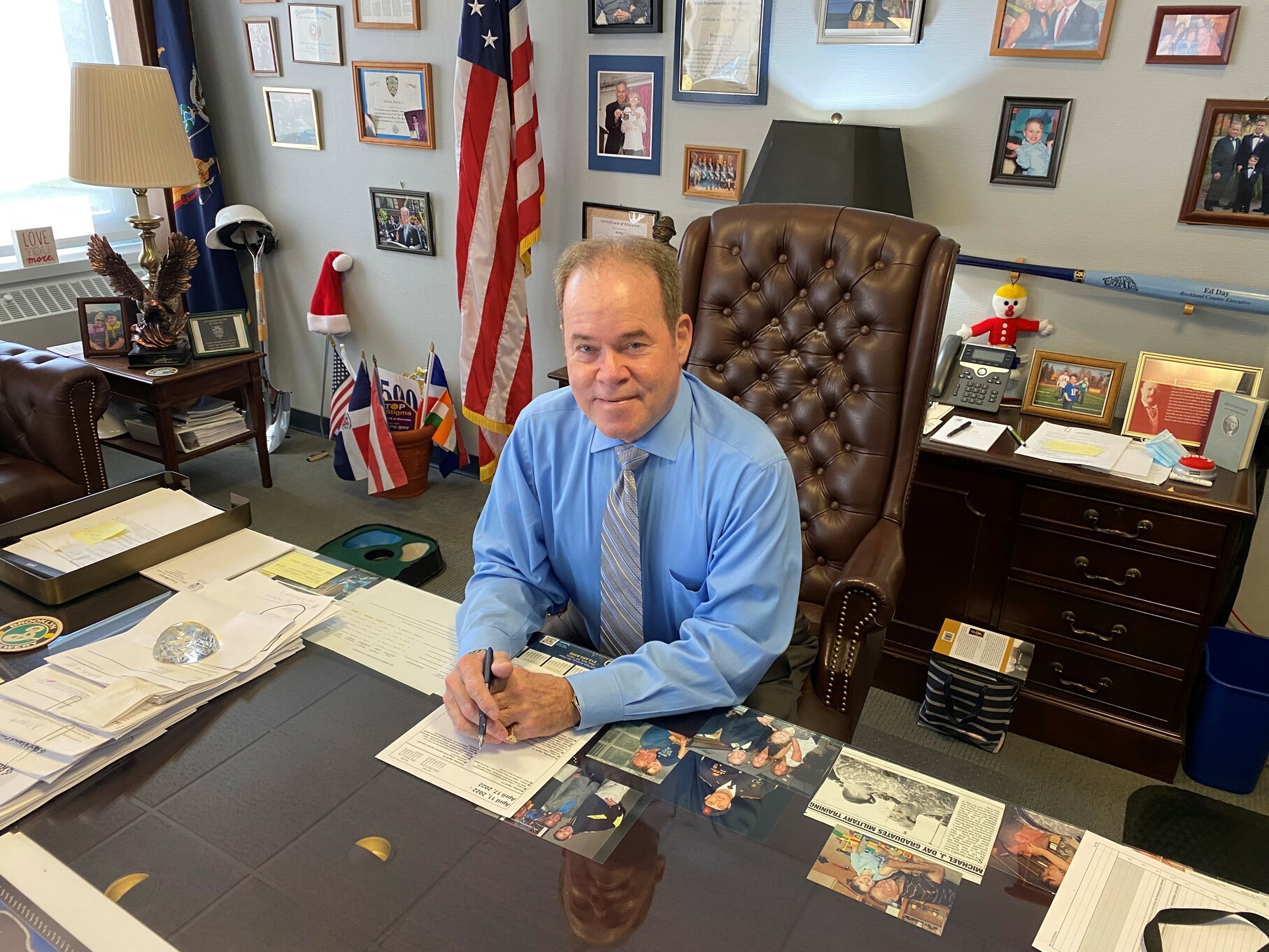 By County Executive Ed Day Memorial Day is without question the most solemn holiday of the year, paying tribute to those who served and paid the ultimate sacrifice. When the Civil War ended in 1865, it claimed more lives than any conflict in American History and the tragedy soon morphed into tributes for the fallen […]

Pausing to Honor the Fallen: What We Can Learn from “America’s Team” By Town Supervisor George Hoehmann There is a wonderful quote that epitomizes Memorial Day’s true meaning: honoring the sacrifice of those who died in war. I think of it often as we approach our annual holiday that commemorates the fallen. “Our flag does not fly because the wind moves it. It flies with the last […]

By Supervisor George Hoehmann Throughout the coming weekend we thank all our veterans, but we will honor and pause to remember those who did not come back and remain frozen in time, eternally young. It is our duty to never let them be forgotten. It is the duty of the living to always honor and […]

Hometown Happenings: Stand up for what unites us

By George Hoehmann Town of Clarkstown Supervisor This past weekend, the residents of Clarkstown proudly observed Memorial Day at various events throughout the Town.  It started on Friday with the Town’s annual Memorial Day tribute at the newly renovated Street Community Center. It was a very touching scene to observe elementary school children singing Lee Greenwood’s “God Bless […] Photos by Jeannine Rippa Veterans Memorial Association of Congers, Inc. honored 2018 Grand Marshall Kevin A. Kilduff and hundreds of marchers, as well as onlooked remembered America’s veterans who made the ultimate sacrifice at the annual Congers parade this past Saturday. Student scholarships and essay winners were presented. Trophies were awarded to Boy Scout Troop 29, […] BY JEANNINE RIPPA The Medal of Honor was established by Congress in 1862. It is the highest and most prestigious US military decoration, awarded by the President in the name of Congress to members of the armed forces for conspicuous gallantry and intrepidity against the enemy, at risk of life, above and beyond the call […]